Kayla and her husband, Garrett, were told that Ava probably had a heart defect. She needed to be transported from Salina, Kansas, to Kansas City.

Garrett flew with the medical team and his intubated daughter, wondering if she would survive. After they arrived, doctors inserted a stent to open an artery in Ava’s heart, which had a defect known as transposition of the great arteries. The condition results from the two large arteries of the heart (aorta and pulmonary artery) being connected to the wrong heart chamber.

Open-heart surgery could correct the problem. But Ava’s heart wasn’t strong enough. She healed for 10 days.

The night before Ava’s surgery, Kayla and Garrett were headed out of the hospital for a bite to eat when they got a call to come back. No explanation was given.

Doctors and nurses filled Ava’s room. The nurse assigned to Ava for the night was crying in the hallway. The couple wasn’t allowed in the room. A doctor came out and explained they were trying to start Ava’s heart again because of an error.

“They were changing the IV line, which didn’t get fully locked to keep out all the air, so air slowly filled her IV line when they turned it back on. Air went to her heart and caused her heart to stop. And then as it moved up, it went to her brain and caused her to have a massive stroke,” Kayla said.

Doctors got Ava’s heart beating again, then sent her for tests to look for brain damage. Other evidence of the trauma already was evident. Ava was swollen and her face and hands were covered in deep red splotches because as the air embolism traveled through her body, it burst blood vessels.

“They warned us that there could be some major brain damage or that she could possibly be brain-dead based on the amount of air that had traveled to her brain, which was hard to hear,” Kayla said.

Thankfully, Ava’s brain showed activity, even though it also had some dead spots. She had 20 subclinical seizures, meaning they were experienced but were not visible. Staff took X-rays of Ava’s bowels and intestines to watch the embolism as it worked its way out of her system, checking to see that it didn’t perforate anything.https://a2a5c7700060803f54a1844aee14b155.safeframe.googlesyndication.com/safeframe/1-0-37/html/container.html

A day and a half later, Ava woke up and was alert, promptly getting hiccups at 5 p.m. – the same time of day she did when she was in the womb. It was a soothing, positive sign that things may be improving.

At 20 days old, doctors successfully performed her nine-hour heart surgery. Ava was soon ready to go home to Lindsborg, Kansas. By year’s end, she didn’t need any more seizure medication. She did have lingering effects from the stroke, specifically right-sided deficits that left her with braces on her legs and hand.

Now 3, Ava runs and plays and interacts with other kids as best she can. Twice a week, she goes to preschool, where she gets physical, occupational and speech therapy. She receives additional physical and speech therapy at an infant child development center nearby.

“If you didn’t know the background and her story, without watching her closely, you would never be able to tell that she went through all that,” Kayla said. “I always say she’s very resilient and determined.”

Garrett called her a fighter who makes the family smile.

“She’s one of the happiest kids you’ve ever seen,” he said. “She’s got a laugh that will light up a room real quick.”

Ava’s 7-year-old sister, Maleah, helps the family share Ava’s heart story by raising money as part of the American Heart Association’s Kids Heart Challenge that helps children learn how to have a healthy heart. Kayla and Ava also go to schools to discuss how some children are born with congenital heart defects.

“Before she was born, I had no idea what CHD was,” Kayla said. “It’s our new normal. We try to stay active and advocate and bring awareness to it.”

Stories From the Heart chronicles the inspiring journeys of heart disease and stroke survivors, caregivers and advocates.

If you have questions or comments about this story, please email [email protected].

Copyright is owned or held by the American Heart Association, Inc., and all rights are reserved. Permission is granted, at no cost and without need for further request, for individuals, media outlets, and non-commercial education and awareness efforts to link to, quote, excerpt or reprint from these stories in any medium as long as no text is altered and proper attribution is made to American Heart Association News.

You can make a difference in the lives of many heart families. Your donations go further because we are 100% volunteer driven.
Donate 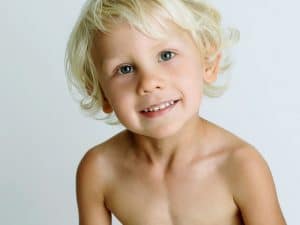 Boy with ‘half a heart’ gets lifesaving transplant

Wendy Wees suffered a miscarriage during her first pregnancy with husband, Jason Protiva, so they were overjoyed when they passed the nine-week mark of her 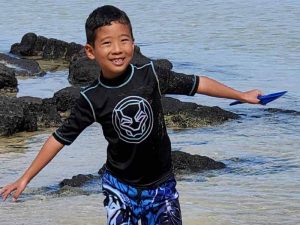 Like many first-time moms, Stephanie Tawata was anxiously navigating the ups and downs of a newborn. She was grateful that her son, Jase, slept a 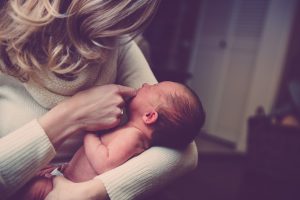 You may have just heard those terrible words: “There is something wrong with your baby’s heart.” You may not have answers yet. You may feel stuck in